In Power Automate, there is no way to configure the frequency of checking trigger conditions. You have to rely on the default value. Logic Apps has the ability to configure the interval and frequency of trigger checks, which significantly speeds up event processing. However, Power Automate often has significantly less settings for triggers than Logic Apps:

Power Automate Trigger “On Creation of an Element”: 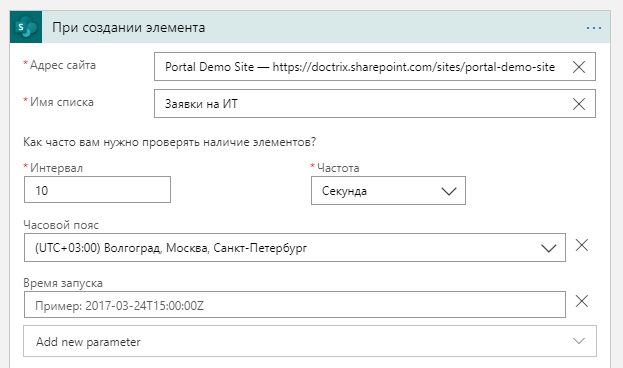 Logic Apps also has the time zone and start time settings for this trigger.

Logic Apps, unlike Power Automate, has the ability to switch between Design and Code View. This feature helps a lot in debugging threads, and also allows you to make more subtle changes to the logic of threads: 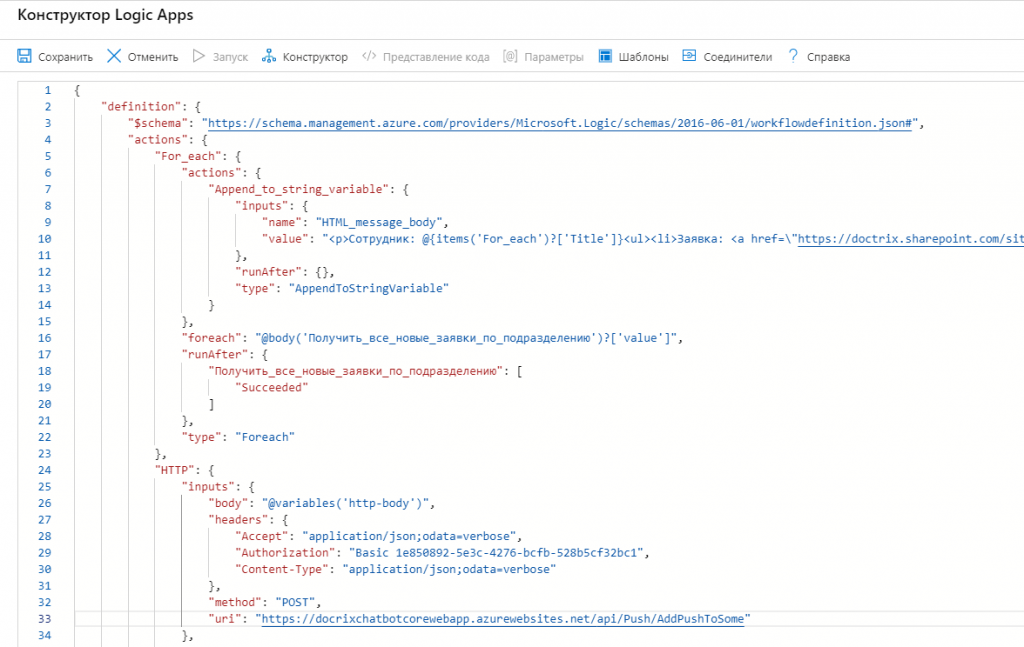 Often when setting up threads, we need to check the correctness of the execution of one or another logic that was embedded in them. And here you can not do without debugging. Logic Apps has an incredibly convenient mode of stream debugging, with which you can display the input and output data of each of the activity of the stream. Using this mode, you can at any time see at what stage what information flew into the activity and what turned out to be the output of the activity: 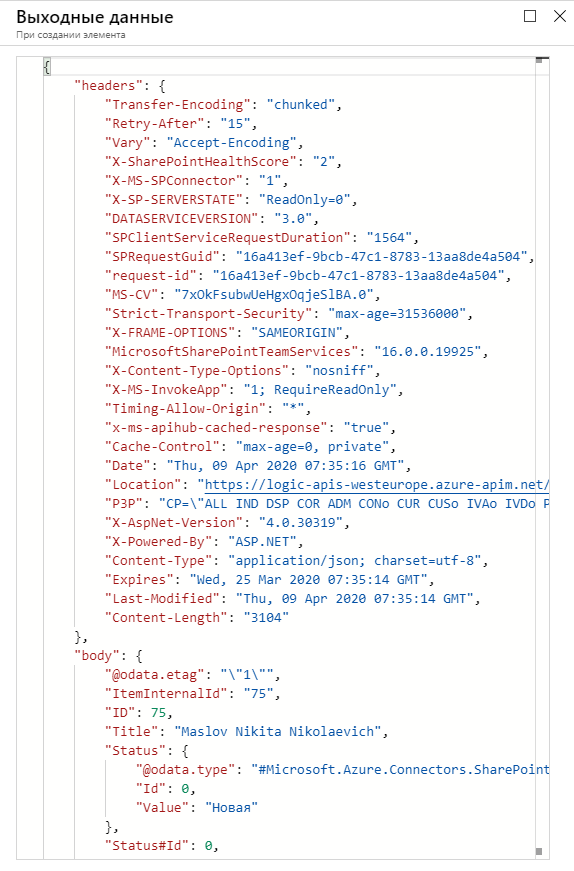 In Power Automate, this mode is present, but in a very truncated version.

As we already know, in Power Automate there is a separation of connectors by type, into regular and "premium": 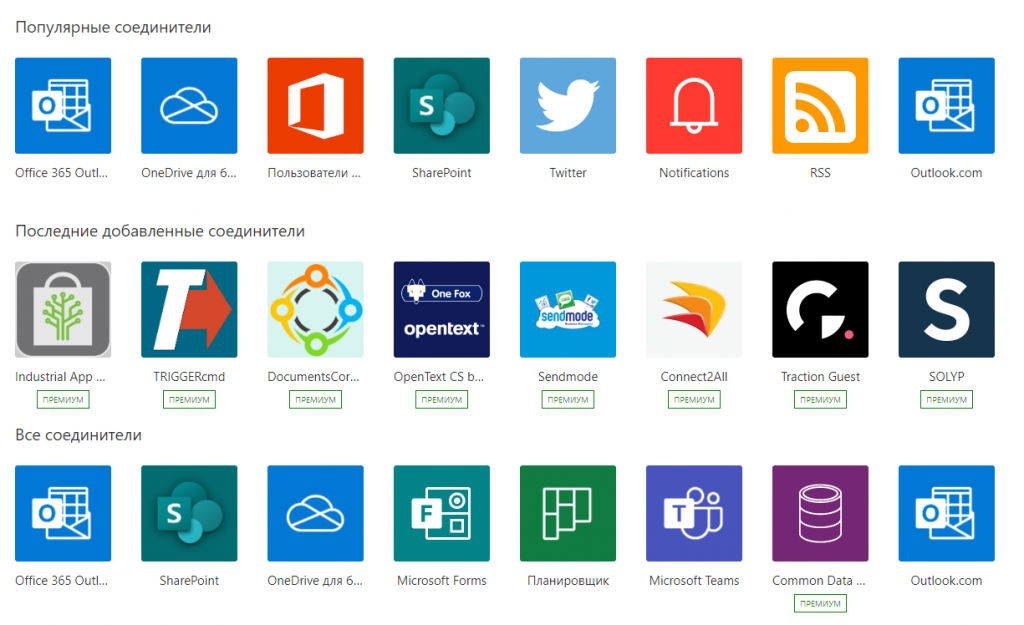 5. Start the stream by button 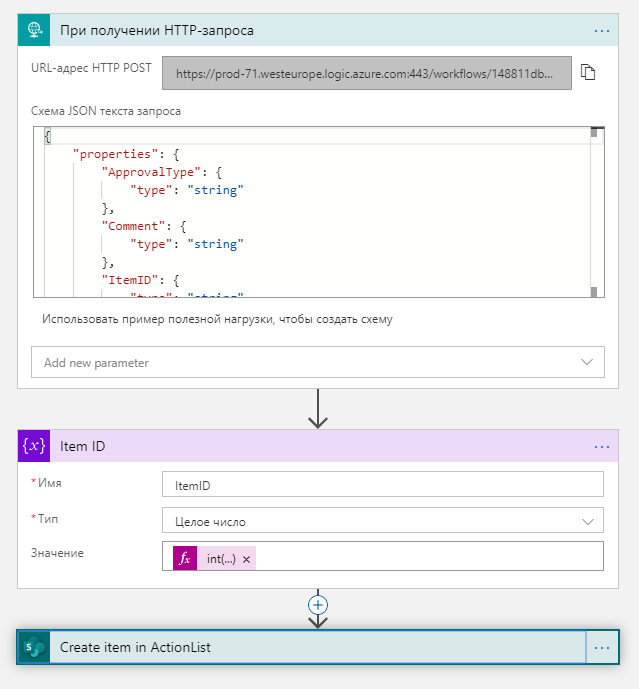 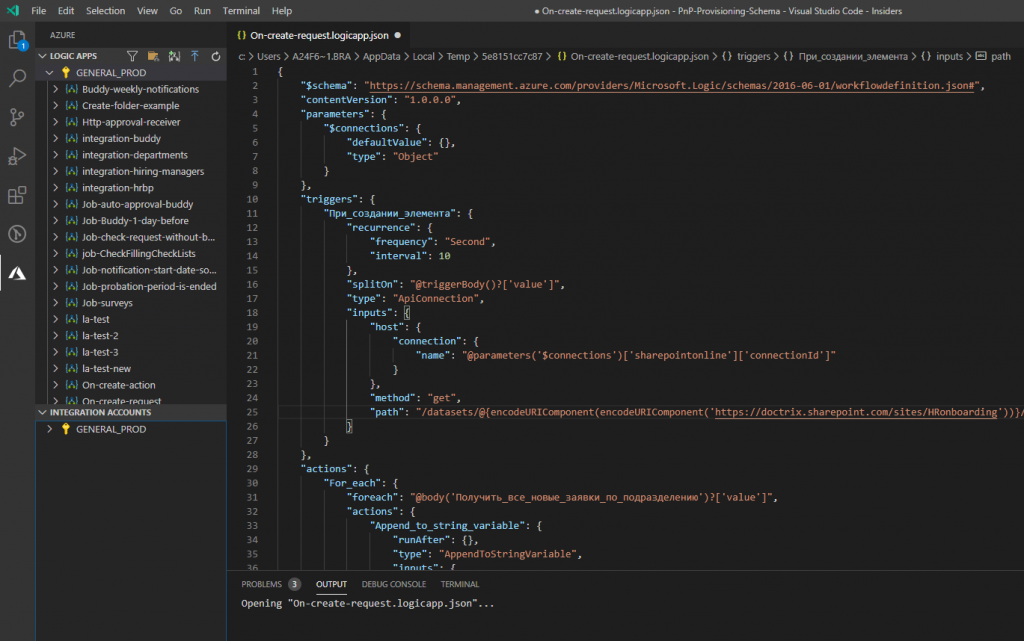 Of course, these are not all the differences between the two products, but the article notes those features that are primarily striking when designing threads using Power Automate and Logic Apps. In the following articles, we will consider interesting features and implementation cases using other products of the Power Platform line and once again return to Logic Apps.